The odelo group continues its successful work in the year 2016: In the main production location in Črešnjevci, Slovenia, 5.300 m² were renovated and 10.000 m² new production and logistics space have been opened. The new renovated production and logistics area was officially opened by Dr. Miro Cerar, the Prime Minister of the Republic of Slovenia and Mr. Zdravko Počivalšek, the Slovenian Minister of Economic Development and Technology. Throughout the day the foundation stone for the construction of new odelo spaces on an area of 10.000 m² in the company’s headquarter in Prebold was laid as well.

Because of new promising projects in Prebold, the odelo group opened the completely renovated production and logistics facilities at Črešnjevci, which they have bought from Mura d.d. - V stečaju in November 2015. The total investment is estimated at over 1.2 million euros.

At the same time, odelo Slovenija, which employs more than 900 people, laid the foundation stone for the construction of additional 10.000 m² at their home location in Prebold. With the investment of over 23 million euros in the construction of new premises, new machines as well as new tools and equipment, the company will generate additional space for new projects in the upcoming years in order to maintain the leading world class manufacturer within the framework of its business. Therefore the new production areas will contribute to the achievements of the high standards in the production process. 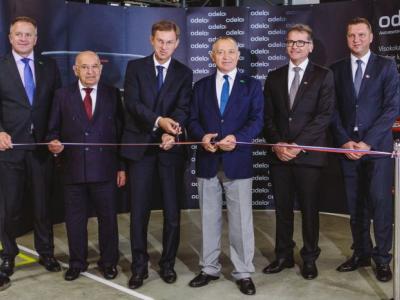 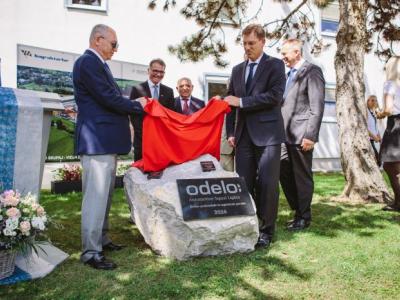 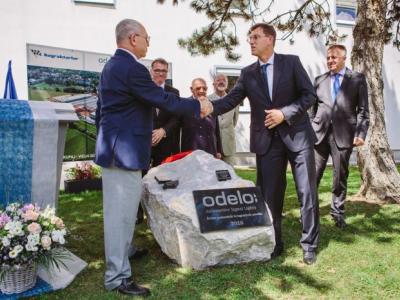