odelo Expands the production and logistics hall in Slovenija

Because of business growth of odelo Slovenija in 2017 and onward, after less than a full year after officially laying the foundation stone, the company opened a new production and logistics hall on its main location in Prebold. Distinguished guests, headed by Prime Minister of the Republic of Slovenia, dr. Miro Cerar and the Minister of Economical Development and Technology, Mr. Zdravko Počivalšek, cut the opening ribbon and officially opened more than 6600 m² new production and logistics area

odelo Slovenija has production facilities in Prebold and Cresnjevci. Because of strong and increased customer confidence resulting in more variants of lights, produced in the company for the best known German automotive OEMs odelo Slovenija is increasing its production and logistics areas. Last July a foundation stone was officially laid for additional closed areas 10.000 m². On 11. July, less than a full year later the distinguished guest, Prime minister of the Republic of Slovenia, Dr. Miro Cerar joined by Minister Zdravko Pocivalsek, representatives of the owners from Turkey, guests from the head office of odelo in Germany, odelo Slovenija employees, local community and others cut the opening ribbon and officially opened the new production and logistics hall 6.600 m².

Additionally to production and logistics area the new hall will also house multiple offices and multi-purpose areas. The total investment into the new hall is 3,7 mio €. There are still other buildings being built in total area of 3.300 m², which will be finalised by the end of 2017. This means the total area under the roof will be 39.500 m².

The opening is one of the milestones in the growth of odelo Slovenija, which started with production of some new big projects last year. Therefore since last October, about 380 new employees have found new jobs in the company. Some additional will be employed till year end. New employees, additional areas and production capacities will enable the company to achieve a sales growth of products by 60% in 2017, additional sales increases are planned for the coming years. 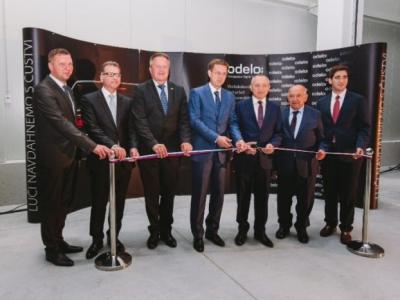 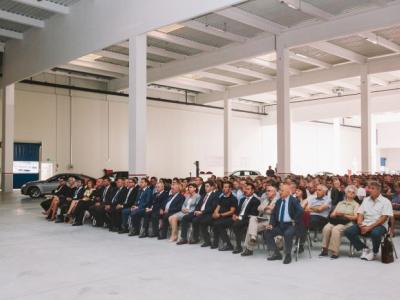 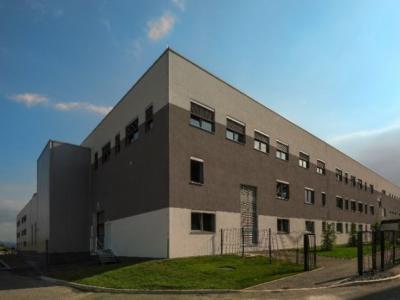