odelo is getting rear lamps with OLED-technology ready for series production. Enlightenment in Road Traffic

As the first automotive supplier world-wide, odelo is getting the organic light- emitting diode technology (OLED) ready for series production in rear lamps. Automobile designers can create visionary lighting and design effects, which will be seen at the rear of premium cars on the road soon.

As the first automotive supplier ever, odelo developed a fully operational OLED rear lamp and got it ready for series production. The challenge of the OLED technology in rear lamps is to meet the high demands of the automotive industry. The organic technology has only been presented in automotive prototype luminaires so far. With its ongoing development, odelo managed to integrate OLEDs reliably, stable and suitability for daily use in rear lamps. For Ahmet Bayraktar, CEO and holder of the odelo-group, the innovation of series production ready OLEDs is a milestone for automobile manufacturers: “Today vehicle illumination is not only a question of light source anymore, it is increasingly an expression of the car’s brand and the identity of the model.” OLEDs open up new visionary design possibilities to automobile designers, which haven’t been seen on the streets before. Instead of lighting punctual like LEDs, OLEDS are presenting themselves as surface emitters. The luminaire designer therefore has the complete freedom to create these surfaces and let them shine in a homogenous light. Even when switched off, rear lamps with OLEDs convince with their own unique character, shaping the appearance of the whole vehicle. The animation possibility enables particularly attractive possibilities for the luminaire designers: The OLEDs can be controlled individually, imposing no limits to the fantasy while creating such animations.

In the M4 GTS of BMW the visionary lighting and design effects of OLEDs developed by odelo will be seen on the streets soon. In this way the BMW M4 GTS presents its real face at the rear, because the OLED technology gives the vehicle a breathtaking illumination. And even when switched off, the OLEDs present themselves as reflecting shiny jewelry of its own character. A further special attraction and a great spectacle present the lamp in the BMW M4 GTS with animated OLEDs, which do light up sequentially while unlocking the vehicle. odelo is proud achieving this innovation as a partner of BMW and participating significantly at the unique design of the vehicle. 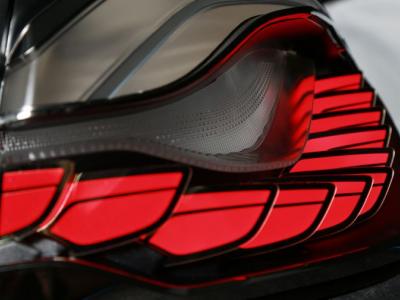 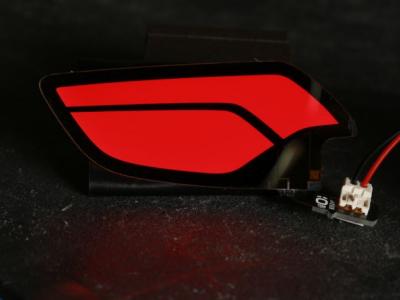 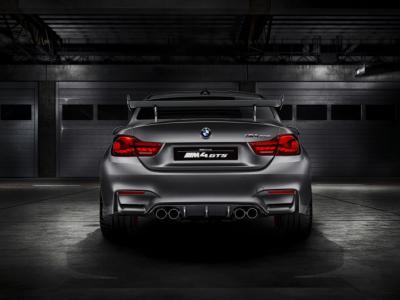